i love potluck parties. mainly because i think other people cook much better than i do, but also because... home cooked food has a lot more passion (and a bit more sweat) than restaurant take-aways. so when the porkaholics potluck was discussed (and eventually, announced and planned) i jumped at the opportunity.

also, the past few months have seen me gaining a bit of confidence in the kitchen. mostly marinating stuff for camping BBQs, but also a few attempts at home/friends' homes. and to top all that, i've been craving meatloaf for years now. no idea why mom stopped making it. so it was decided: meatloaf it will be! 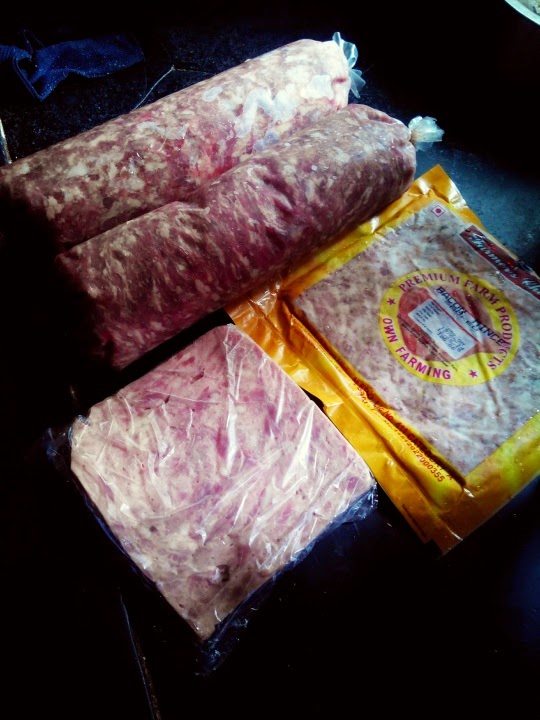 recipe (quantities are what i used, scale for whatever quantity you're preparing):

boil all the meats with the salt and minimum water, stirring continuously for about 30 mins
let it cool, add the spices and lemon juice
break the bread into tiny bits and add, to absorb the gravy
after it's cooled completely, beat 4 eggs and mix in well
grind in a mixer until it's a thick paste
fill in steel cans (ensure the lid shuts well, steam shouldn't get in), and steam for about 30 mins

to steam in a pressure cooker, put a small stand (i used a wide flat bottomed bowl), fill with water not more than the level of the stand, and place the cans over it. close the lid of the cooker but do not use a whistle. ensure the water doesn't dry out (you'll see a continuous stream of steam as long as there's water). 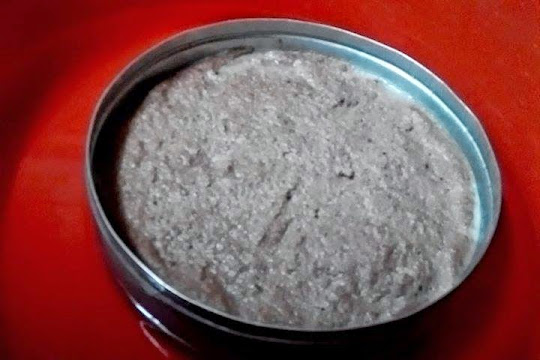 cool till room temperature, and then refrigerate for it to set. do not freeze.

note: the spices was on the lower side, so increasing them a bit might be a good idea :)

finally, this is what it looked like at the potluck (thanks angona for the photo!) 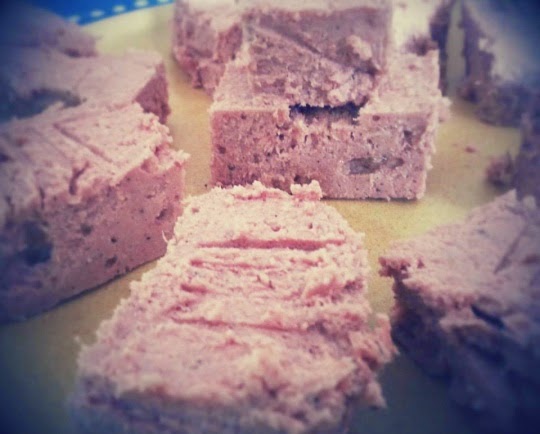 and the rest of the yummy spread 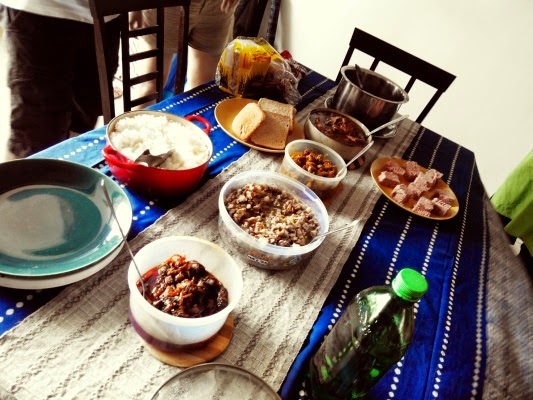 ps: mom made it this time... while i was lazing around. will make sure i do it myself next time before she gets to the kitchen. but it's so simple, anyone can!

"I just realized something...u click pics of almost everything under the sun...right
from sun rise, travel to n fro office, what u ate at lunch , randomness around you,
rain, night lamps and so on...many people wonder why does Kristopher Noronha
keep clicking pics ...well I'd like to tell them all that this boy takes time out to
appreciate nature and all the good things around him...n if u hve a problem wit
that then ur life is toooo sad :) take time out to appreciate people!!!!!!!"

while I still haven't asked her what prompted this post, her analysis is spot on. I click and share photos and almost everything noteworthy (and publicly shareable) because I believe life is a balance of doing awesome things, recording them, sharing them, and occasionally, scrolling back through my albums and posts, and reliving them. I have lost count of the people who say they never need to ask me what i've been up to, because they've seen it all on facebook. some of them have told me that they look to my posts and photos to have a glimpse of a life they haven't had the chance to experience.

but I'm happiest when someone tells me that my appreciation towards the little things in life, and my endless search for little bits of positivity in every moment has inspired them to do the same.

it's been a little over two weeks since we've voluntarily confined ourselves indoors, except for weekly grocery shopping, and twice ...