i guess i keep my personal life out of this blog (although i'm not quite sure why - is philosophy more entertaining than juicy gossip from my life? think not!) but recently a lot of things have taken a backseat due to personal stuff that i wouldn't normally talk about.

so what is this big secret?

but this time, i'm convinced it's for the last time. the one.

and it's changed things.

finding the one you want to spend the rest of your life with is a very interesting experience.

it starts with downplaying it. for some time, you're not sure if it's for real, and it's quite easy to convince yourself that your mind is playing tricks on you (to be fair, my mind does play nasty tricks on me with alarming regularity).

then you see that it is for real. and it's overwhelming. you're like... is this really happening? yes it is really happening! you stop denying the symptoms. you think everything has changed. but the funny thing is that, nothing has actually changed much. most of it *is* in your head.

and then you share that realization. the honesty is a high.

words are said. promises are made. dreams are shared. everything is rose tinted and pretty.

and then, life hits. now that you've got the similarities out of the way, you start seeing the differences. some differences are awesome. some are nice. some are tolerable. others... the less said, the better.

the important thing at that point is to remind yourself that everything is still in your heads and your hands. and even though the promise to stay together, through thick and thin, better and worse still stands, there's a lot of leeway despite that promise. lots of things that can and will change. lots of things that were assumed, will need to be looked at, and worked out again. and maybe, again and again.

it's weird. it's one of those big things for me. it's another level of abstraction that's been willingly tacked onto my life structure. the willingness to throw away well planned, coherent philosophies, because they have evolved to the point where i now have to accept the influence of some contradictory ones.

and that's not the only thing.

i'm becoming like her. she's becoming like me. i find myself reacting to situations in unexpected ways. so does she (i'm not sure if it's conscious on her part - but given that it's subconscious on mine, i'm willing to bet that it's the same for her).

i realize that i'm not sure who i am any more. depending on my state of mind, existential crises that i thought i solved 15 years ago present themselves again. sometimes it's awesome. sometimes it's weird. sometimes it's scary. i wonder if this is how it's gonna be forever. are we gonna be two people together? or are we gonna merge into one person-couple? are the questions gonna get deeper? or will we figure out all the big things and start debating curtain colours?

in a way, my life has prepared me for this. prepared me through the realization that problems are proportional to abilities (or do we only tackle problems on a level that matches our abilities? seems like a self-referential question!). i wonder if we will somehow find a way to turn picking curtain colours into some sort of paradigm-changing debate, just because we've reached the point where we eat paradigm changes for breakfast.

and that's where i am. that's where we are. working towards the big day, when it's no longer just in our heads. wondering what will change, only because we're sure of the one thing that won't. 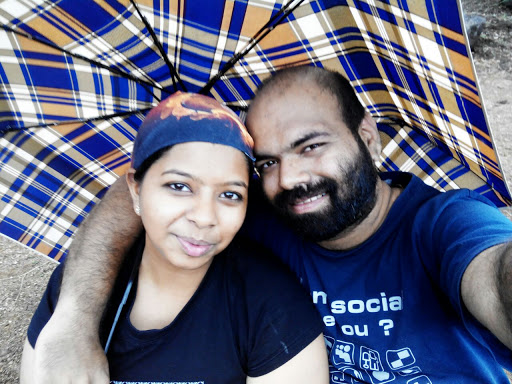 at July 04, 2015
Email ThisBlogThis!Share to TwitterShare to FacebookShare to Pinterest
Labels: 3am, alcohol, living the dream, my life, philosophy, photo, relationships, self realization, wisdom