it's been years since i've been to matheran. it used to be my favourite ride, be it rain or shine. usually, just to the entrance of matheran (dasturi point), for a cup of tea, and back home.

so when my friend said she really wanted to go on a night ride, plans were hastily made. she proposed pune, but i insisted that matheran would be more fun :)

i left home a little past 3am, and her other friends dropped her by car at kala nagar at around 3:45, right after i had my first cup of chai for the day.

another chai break at panvel circle. we we beginning to feel chilly. neither of us were prepared for the cold, but that made the ride all the more fun :D

rode to matheran via chowk (mumbai-pune highway). made it there at 5:45am.

chit-chatted until the sky lightened up, when i took out my phone and clicked a few memories :) 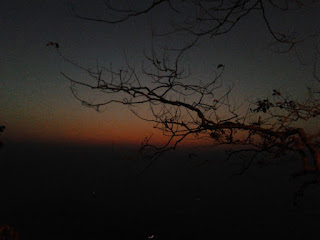 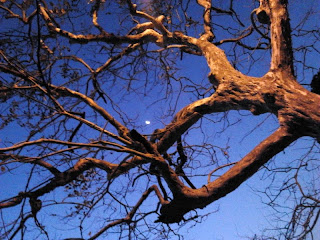 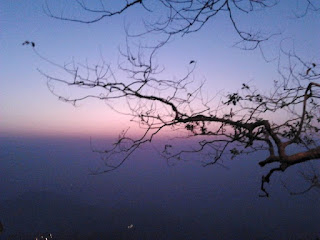 since the tea-stall at the entrance wouldn't open till almost 2 hours later, we decided to grab breakfast on the way back... this time, sonali had a chance to see the ghats we had just climbed in the dark :) 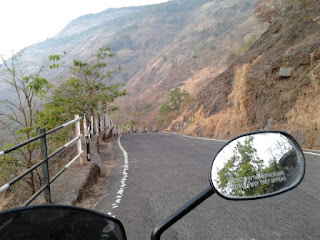 it was still chilly when se stopped at badlapur for breafast, but the sun warmed us up as much as the hot chai and sizzling-hot potato bhaji (with the dynamite chutney) did :) 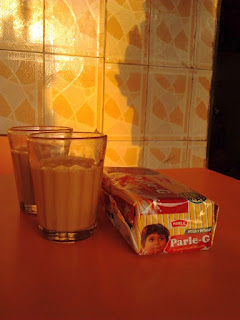 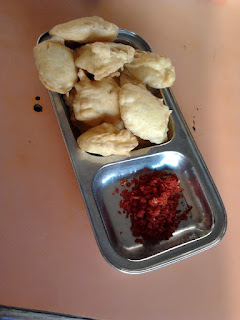 finally, i reached sonali to thane, and rode off on another adventure... a 100 km ride, to spend my weekend at a remote village in thane that's not even on the map :D
at March 20, 2012
Email ThisBlogThis!Share to TwitterShare to FacebookShare to Pinterest
Labels: bike, living the dream, photo, stories, travel

I got back from Matheran an hour ago. I logged into Blogger and this is what I see. Heh.

Is this Sonali who I think it is?

I so much like Matheran, have been thr thrice...and after reading your post want to go once again soon :)

Sounds scary but fun. Those twilight photos are lovely! :)

matheran is the lovely hill station in maharashtra.It is too precious, one of a kind place which is devoid of the daily noise that surrounds one in a city.You can find a complete information and Matheran Map on matheranonline.com