a few days ago, when browsing around google maps, i came across a curious looking small grid of roads near my route from home to office.

on closer glance, it looked like i may have found an alternate route that bypasses quite a few traffic jams on my way home.

so on tuesday, after work, i decided to explore the area.

what followed was something that took me back 15 years, when i was a big fan of doom: it looked like a secret passage.

it appeared out of nowhere. i wouldn't have even noticed it if i wasn't looking for it. it was a dark, narrow path, lined with high bushes on either side, peppered with briskly walking men and strangely aggressive bikers.

mud soon gave way to muck and slush, and finally, i got to the point where i thought the map was wrong: a 50-foot stream (more like an oversized gutter, actually).

but they were wrong. google maps was right.

there was a bridge. one that would have only been open to pedestrians, if it wasn't for a broken turnstile at either end (i'm sure it was the doing of those aggressive bikers!)

a few hundred feet later, i was back to civilization, and the strange aura of that mysterious path gave way to a squalid slum.

that's when i realized why there was such a tight grid of roads nearby: it was a neatly-laid-out network of lanes that led to each clump of shanties in the slum. 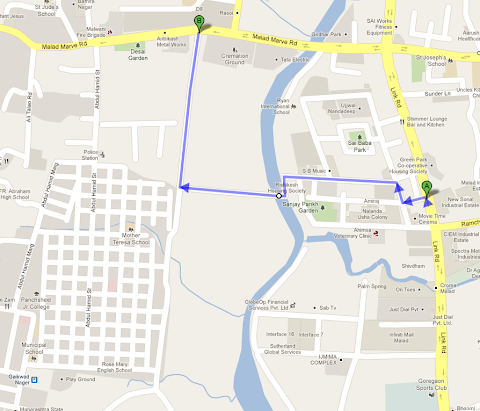 The problem with shortcuts is that the roads are often bad. Like the one you told about. If the traffic is less on well made roads, even a longer route is better than a shitty shortcuts.

I realize most of life is cyclical. Ups and downs. Never a straight line. A dynamic equilibrium. Seasons are cyclical too. And this pandemi...